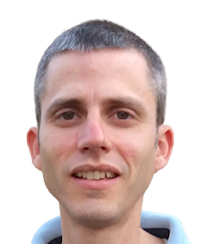 Inspired by a mathematical riddle involving fuses, we define a set of rational numbers which we call “fusible numbers”. We prove that the set of fusible numbers is well-ordered in R, with order type eps_0. We prove that the density of the fusible numbers along the real line grows at an incredibly fast rate, namely at least like the function F_{eps_0} of the fast-growing hierarchy. Finally, we derive some true statements that can be formulated but not proven in Peano Arithmetic, of a different flavor than previously known such statements, for example, “For every natural number n there exists a smallest fusible number larger than n.” Joint work with Jeff Erickson and Junyan Xu. https://arxiv.org/abs/2003.14342
We will also briefly mention some recent progress on generalizations of fusible numbers, joint work with Alexander Bufetov and Fedor Pakhomov.
Lecture room link: https://bbb1.cirm-math.fr/b/org-n9z-3je