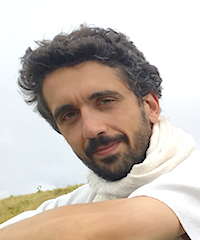 It is now a classical result that when projecting a (real or complex) algebraic set, one will obtain a semialgebraic set, that is, a set that can locally be described with algebraic equalities or inequalities. On the other hand, a projection of an analytic set will not in general be semianalytic, that is, described locally by analytic equalities or inequalities. The class of sets obtained by such projections is wider and its elements are called subanalytic sets.

In 1990, W. Pawlucki stated that the set of points at which a subanalytic set is not semianalytic is itself a subanalytic set, of codimension at least 2. In 1992, as a consequence of this first result, Pawlucki obtained that the set of points at which an analytic morphism is not regular is a proper analytic set. Unfortunately, the proof of the first result was very long and technical, and remains widely misunderstood by the community.

We provide a new approach to this problem, through a direct proof of the second theorem. We introduce a new class of subrings of the rings of formal power series in several variables over an algebraically closed field, which we call temperate power series. This allows us to reformulate the problem in a more general algebraic framework, in which we can apply the main ideas of our previous work on Gabrielov’s ranks theorem, presenting the second theorem as a Gabrielov theorem with parameters. Finally we deduce the first theorem from the second one.

I will start by explaining the basic definitions involved and the statements, and will give a flavor of our proof of these two difficult results.

This is a joint work with André Belotto da Silva and Guillaume Rond.