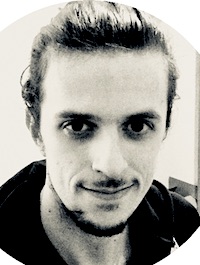 –
Title: On Proofs and Types in Second Order Logic
In my dissertation I address some questions concerning the proof theory of second order logic and its constructive counterpart, System F (Girard 1971). These investigations follow two distinct (though historically related) viewpoints in proof theory, which are compared throughout the text: on the one side, the proof theoretic semantics tradition inaugurated by Dummett and Prawitz (Prawitz 1971, Dummett 1991), focusing on the analysis of the inferential content of proofs; on the other side, the interactionist tradition arising from Kleene’s realizability (Kleene 1945) and the Tait/Girard reducibility technique (Tait 1967, Girard 1971), which interprets proofs as untyped programs and focuses, rather, on the behavioral content of proofs, i.e. the way in which they interact through the cut-elimination algorithm.
A distinction is made between the issues of justifying and understanding (“explaining why” and “explaining how”, as in Girard 2000) impredicative reasoning, i.e. between non elementary results like the Hauptsatz and the combinatorial analysis of proofs, seen as programs, i.e. recursive objects.
As for justifi-cation, an epistemological analysis of the circularity involved in the second order Hauptsatz is developed; it is shown that the usual normalization arguments for second order logic do not run into the vicious circularity claimed by Poincar-é and Russell, but involve a
diff-erent, epistemic, form of circularity. Still, this weaker circularity makes justifi-cation, in a sense, pointless; in particular, some examples of inconsistent higher order theories admitting epistemically circular normalization arguments are discussed.
As for the explanation issue, a constructive and combinatorial (i.e. independent from normalization) analysis of higher order order quantifi-cation is developed along two directions, with some related technical results. The fi-rst direction arises from the parametric and dinatural interpretations of polymorphism (Reynolds 1983, Girard-Scott-Scedrov 1992), which provide a clear mathematical meaning to Carnap’s defense of impredicative quanti-fication (Carnap 1983). In particular, the violation of the parametric condition leads to paradoxes which are often ignored in the philosophical literature (with the exception of Longo-Fruchart 1997). The analysis of the combinatorial content of these interpretations leads to a -1-completeness theorem (every normal closed –term in the universal closure of a simple type is typable in simple type theory), which connects the interactionist and the inferential conceptions of proof.
The second direction follows the analysis of the typing conditions of the –terms associated with intuitionistic second order proofs. To the \vicious circles” in the proofs there correspond recursive (i.e. circular) speci-fications for the types of the –terms. The geometrical structure of these vicious circles is investigated (following Lechenadec 1989, Malecki 1990, Giannini – Ronchi Della Rocca 1991), leading to a combinatorial characterization of typability in some inconsistent extension of System F: since, as Girard’s paradox shows, a typable term need not be normalizing, one is indeed naturally led to consider not normalizing theories.
Such investigations go in the direction both of a mathematical understanding of the structure generated by the vicious circles of impredicative theories and of the development of a proof-theoretic analysis of potentially incorrect or uncertain proofs.
–
Keywords : Type Theory, Proof Theory, Philosophy of Logic, Cut-Elimination, Second-order logic, Lambda Calculus, Impredicativity.
–