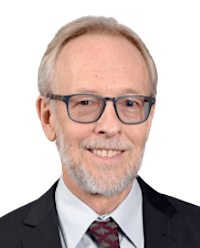 Body size and temperature are two dominant variables affecting animal flight performance and energetics, yet many basic questions remain about patterns and causes.
Among flying birds and larger insects (and runners), mechanical power output and energetic expenditure appear to show similar patterns with body mass, with power output scaling approximately isometrically (proportional to mass1), and metabolic rates scaling hypometrically (proportional to mass<1). This pattern may be due to lower frequencies of movement in larger species, and resultant lower costs of calcium cycling, as well as possibly improved elastic energy storage. However, in small insects, different patterns are observed. Stingless bees (Meliponini) are a speciose tribe of tropical and subtropical bees that vary in body mass from 1 mg to > 100 mg, and therefore provide an excellent model group for examining the scaling of flight kinematics and energetics across this relatively unexplored size range. My former Ph.D. student, Meghan Duell, spent multiple years in Panama studying the hovering flight of this group, with a bit of help from me. Body size has strong effects on body temperatures achieved during flight, with larger bees (over 50 mg) having flight muscle temperatures 10-13°C above air temperature, while thorax temperatures of smaller bees are 1-2°C above air temperature. Thorax mass scaled isometrically, but larger species have relatively smaller and narrower forewings (scaling slope of 0.5, significantly less than the isometric prediction of 0.67). In contrast to the hypometric scaling of flight metabolic rates shown for larger bees and birds, within these stingless bee species, flight metabolic rate scales strongly hypermetrically, with a scaling exponent of 2.25. This hypermetric scaling of flight metabolism cannot be explained by temperature differences among the species, as applying a Q10 correction of 2 only reduces the scaling slope to 2.1. In contrast to larger insects and birds, wing beat frequency is independent of mass, averaging 170 Hz. Regardless of body size, stingless bees voluntarily lifted and flew with nectar loads nearly equal to their body mass. Combining our data across all insects that have been measured to date, it appears that flight metabolic rate scales hypermetrically (scaling slope = 1.2) for insects less than 58 mg in body mass, and hypometrically (slope = 0.67) for larger insects. The causes of this biphasic pattern remain unknown, but the energetic benefits to small size may arise from reduced lift requirements at lower Reynolds numbers, relatively larger wings, and decreased wing venation.

An important question for understanding the effects of climatic warming on agriculture and biodiversity is how warming temperatures will affect the flight of insect pollinators. In stingless bees, both field body temperatures and the critical temperature that stops flight increases with body size. For smaller species, heat wave temperatures (up to 40°C) already exceed those at which bees can fly, suggesting that for these tropical species, with CTmax values ranging from 33 – 44°C, further climatic warming could strongly inhibit flight and foraging. Honey bees (Apis mellifera) are the most important agricultural pollinator, and are particularly well-adapted for heat, having a CTmax value of approximately 48°C. But, how does variation in air and body temperature affect flight metabolic rate and performance? Jordan Glass, a current Ph.D. student in my lab has recently used variable gas mixtures to create a “flight treadmill” and to vary body temperatures (heliox is more thermally conductive than nitrogen). At 35°C air temperature, thoracic temperature is little-affected by heliox, and flight metabolic rate increases about 1.4x until failure at a gas density below about 0.4 (relative to normal air density of about 1.3 kg m-3). However, at 23°C air temperature, thorax temperature and flight metabolic rate falls strongly as the fraction of heliox increases, and bees failed to hover at gas densities below 0.7, likely due to their inability to sustain flight muscle temperatures sufficient generate high power output. Honey bees show a classic thermal performance curve for maximal flight metabolic rate, with an optimal flight muscle temperature of 39°C, and an increase of about 2% per 1°C below the optimal temperature, and a decrease of about 5% per 1°C above the optimal. Nectar loading up to 60% of body mass increases thorax temperatures 2-4°C and flight metabolic rates by about 30% at air temperatures of 20°C and 30°C, but did not affect either parameter at an air temperature of 40°C, at which thorax temperatures are about 45°C. Bees prevent further overheating during flight at 40°C air temperatures by dramatically increasing water loss rates. The finding that bees can carry similar heavy loads at flight muscle temperatures of 45°C with 30% less cost suggests an as yet unidentified mechanism (Jordan is still analyzing the high speed videos) to increase efficiency. Supported partially by USDA 2022-67013-36285.